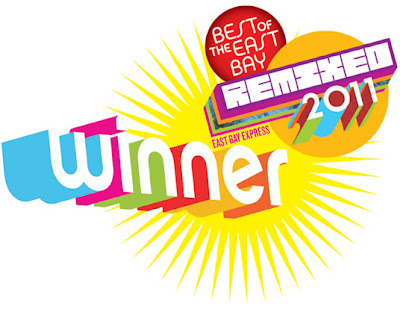 Yesterday afternoon, I was telling another reporter that journalism awards are arbitrary and capricious, at best. This morning:


... For Overall Excellence in Non-Dailies: FIRST PLACE: East Bay Express.  [Where I am a contributing writer. Booya!]

I take it back. Awards rule. Here's my latest for the, ahem, best weekly in the Bay:

"A Cloud Darkens Over Vapor Room"

"Look At This Effing Hipster From 19th Century Mexico"