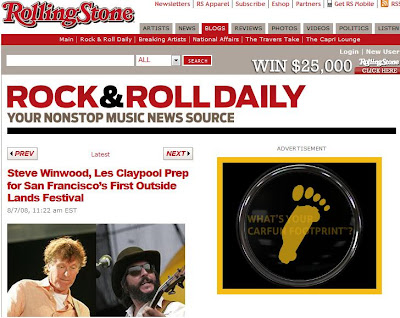 Steve Winwood is so smart and has such a dry sense of humor, people don't even know when he's taking the piss out of them. It reminded me of some quote about an Englishman that remained utterly unconvinced his entire life that anyone could be smarter than him. The original quote was supposed to be a dig, but Steve just flips that shit and owns it.

Claypool: Still in the zone as well.