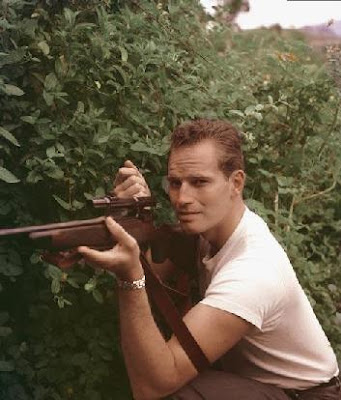 From Acting to Activism, an Imposing Aura - washingtonpost.com: "At a 2000 NRA rally in Charlotte, Heston declared the presidential race a referendum on gun-control legislation and criticized Democratic candidate Al Gore. Holding aloft a Revolutionary War rifle, Heston said, 'When the loss of liberty looms as it does now, this is for those who would take it -- and especially for you, Mr. Gore -- from my -- cold -- dead -- hands!'

That year, Florida Gov. Jeb Bush and other GOP leaders credited Heston with energizing the Republican base for electoral victories."